That was then, this is now 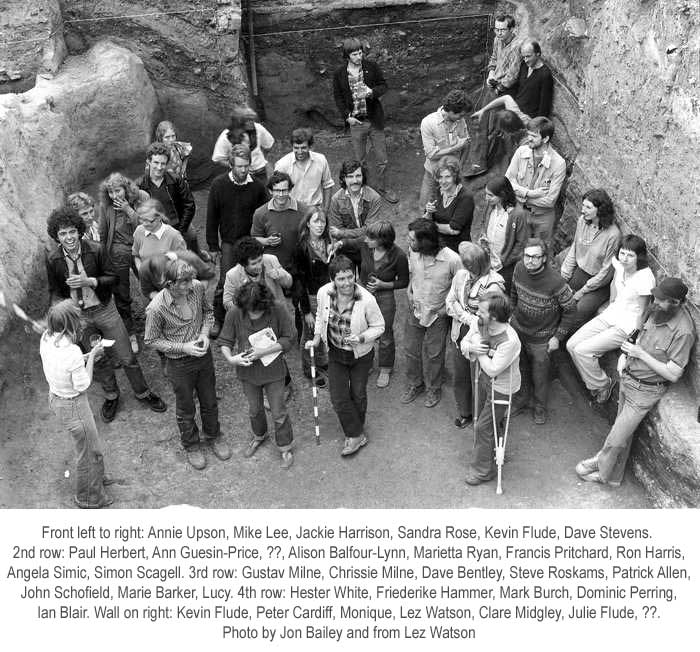 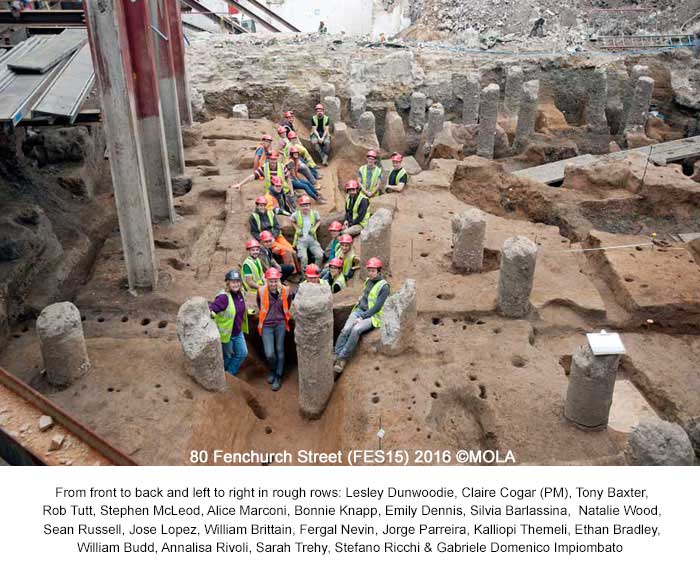 Whilst thirty seven years separate these two photographs of the archaeologists who worked on two large excavations in the City of London: the GPO site (GPO75) Newgate Street, and the recently completed Fenchurch Street (FES15), I felt that it would be interesting to compare and contrast. Ok, firstly, the differences. Whilst colour photography might appear to have become more mainstream in the interim, hard though it may be to believe in the digital age we now inhabit, the days of hand-colouring photographs had in fact passed by 1979, although admittedly, colour images were all slide transparencies.

Site fashion back then can be best summed up as relaxed and casual, with Personal Protective Equipment (PPE) still some years away from arriving and completely cloaking its wearers. This is not to say, that PPE is not an inherently good thing to have, but simply to say that its arrival has stripped its wearers of much of their individuality in many of the more recent group photos.

Interestingly, as the photos testify to, there has always been a very even ratio of male to female archaeologists on site, which is one of a host of things that has thankfully always set archaeology light-years apart from other construction related professions.

One of the nicest and most colourful changes in the past decade or so has been the arrival of archaeologists from across Europe and beyond, who have now settled in London, and taken up the challenge of helping to unravel the complex urban archaeology present on London’s deeply stratified sites. An astonishing example was to be found on the Fenchurch Street site, whose exotic team included: American, Australian, English, Greek, Irish, Italian, Polish, Portuguese, Romanian and Spanish archaeologists. What likelihood of a Brexit vote amongst archaeologists on 23 June? Not a chance!

One thing that remains constant then and now is that each completed excavation bears testament to the incredibly hard collective physical efforts of all of the archaeologists in the trenches, usually meeting seemingly impossible to achieve deadlines, and their names deserve to be remembered as more than just a set of initials on a mud smeared context or plan sheet.