Huddled together like a colony of emperor penguins wearing PPE to help weather the Antarctic winter, a group of archaeologists stand beneath a Turneresque sky on No 1 slipway, at Deptford Royal Dockyard site (known as Convoys Wharf) in January 2012.

‘Known unto God’, it is nigh impossible to identify the individuals, unless of course you happen to be one of them, have a good memory, and of course a magnifying glass to hand. 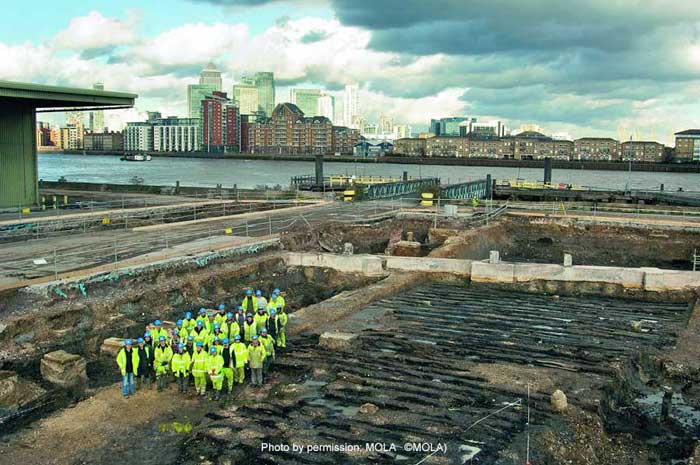 There is no such problem with an earlier group photograph of the archaeological team on Convoys taken in September 2011 (admittedly from a somewhat lower elevation), whose names are duly recorded in dispatches on the photo.