‘Could I have worked at Sutton Hoo in 1939, but have no recollection of it?’ 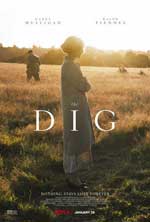 I recently spent a pleasant couple of hours watching the film ‘The Dig’, which details the discovery and excavation of the Sutton Hoo ship burial in 1939, on the eve of the Second World War.

The film starred Ralph Fiennes as Basil Brown, and Carey Mulligan as Edith Pretty, and did a good job of depicting the bucolic Suffolk landscape, and reconstructing the excavation of the Mound 1 ship burial. Though coached by a native Suffolk speaker for the film, Fiennes ability to master the local dialect, may also have been helped by being born in Ipswich, a mere twelve miles from Sutton Hoo.

Ivor Noël Hume in his autobiography ‘A Passion for the Past’ details how as a schoolboy boarding at Framlingham in Suffolk, at term’s end his junior scout troop was to spend two weeks camping at a site owned by Mrs Pretty. He recounts how they made a field trip to visit the dig and witnessed the excavation underway. Noël describes: ‘When we got there we found a long slice through the mound and in it something resembling a giant, attenuated, and upturned toast rack. Although all the ship’s wood had long since rotted, its iron nails survived, and thanks to brilliant excavating, the sand matrix in which they lay had been sculptured to reconstruct the hull’s ribs’. He goes on to say: ‘I also remember somebody handing me a bucket and asking me to empty it into a wheelbarrow. In hazy retrospect I like to think of this incident as my initiation into the world of professional archaeology, though at the time it made little impression. On the contrary, nothing much seemed to be going on, prompting the conclusion that if this was what archaeology was all about, it was slightly less exciting than watching apples grow’.

So, moving back to the present day, and the subject of this post, suggested by an article I spotted in the Metro Newspaper entitled: ‘Dig Uncovered Five Big Finds from Sutton Hoo’, which appeared soon after the film was released. I would draw your attention to the picture of the gold belt buckle in the final frame.

Seeing this image made me dredge up a distant repressed memory of my having seen it somewhere before, and after a long search I found the accompanying image of my excavating the same gold belt buckle, proof positive I feel that I must have been at Sutton Hoo in 1939, and somehow forgotten. Perhaps this is understandable, as I must now be over a hundred years old, or else have a working time machine, that I have also forgotten about. Whichever the most plausible scenario, either one leads to the intriguing possibility, that it was I who passed the bucket to Noël to empty into the wheelbarrow, which I must admit has a certain pleasing symmetry to me. 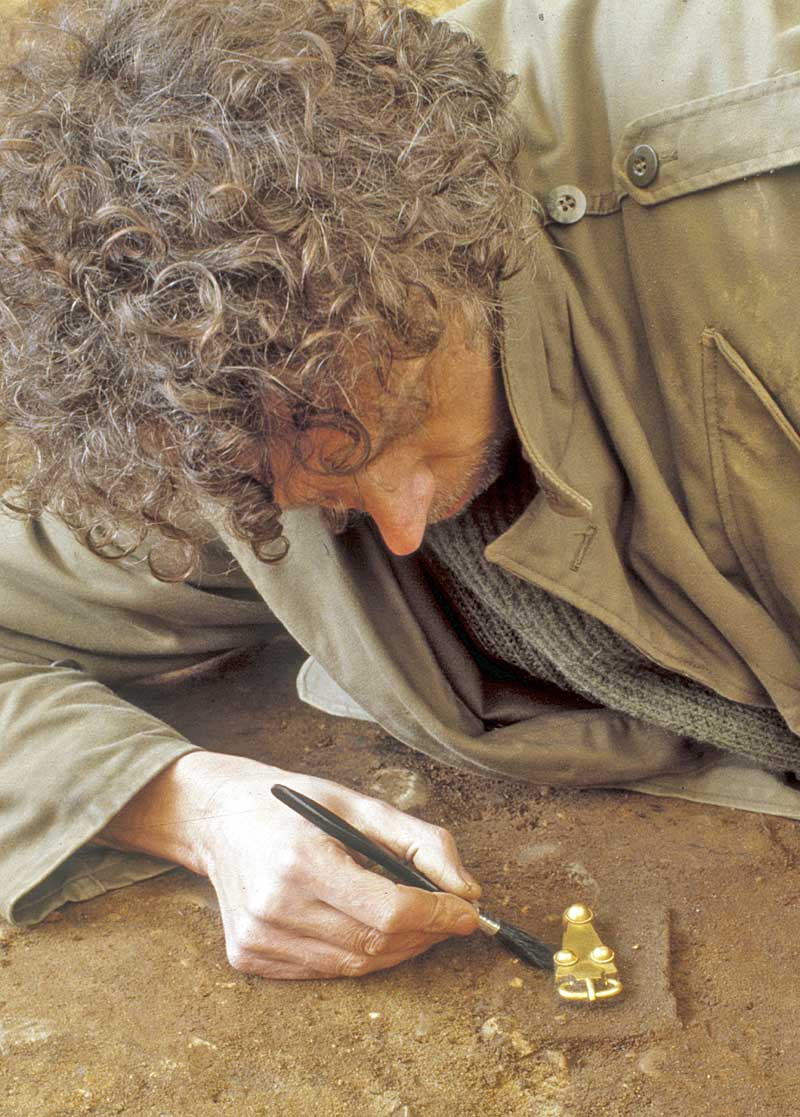 Excavating the gold belt buckle at Sutton Hoo in 1939