The home of the DUA

Whilst each of the major buildings that the DUA occupied including No1 London Wall / Plaisterers Hall and Walker House all had their own unique character and folklore that was to follow from our time in residence, the spiritual home of the unit for me, in conjunction with our sprawling encampment on Trig Lane on the Thames waterfront, will always be 71 Basinghall Street behind the Guildhall 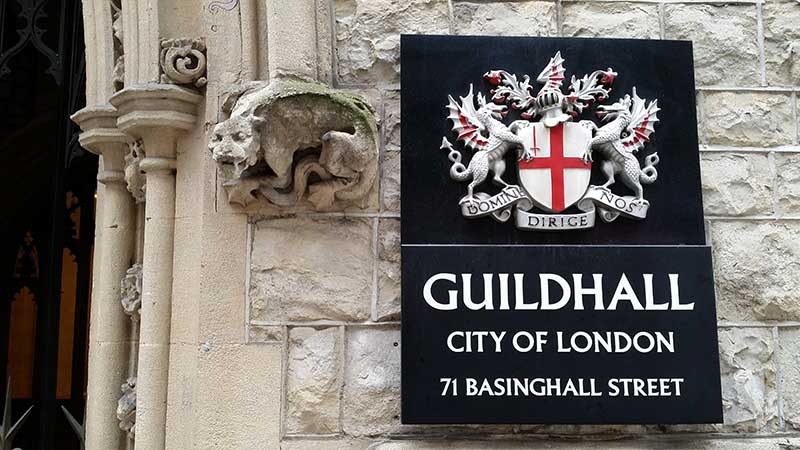 The front portal of 71 Basinghall Street, watched over and guarded by one of two slightly mouldering scaly beasts

It was to the Basinghall Street offices that I first came in the hope of finding Brian Hobley, having had a tip-off from the archaeologists working on the GPO site in Newgate Street that he might actually be in the building. Incredibly enough he was indeed in residence, and the rest, in terms of the start of my career in London archaeology is history. The imposing frontage of the Basinghall Street office, with its impressive gated front portal and porch, owes its existence to the fact that the building was originally home of the ‘The Free Library and Museum of the Corporation of the City of London’.

Although I knew of the previous history of the building, one thing that I had not noticed until I recently took these photographs, is that it is written around the header of the doorway arch, although in my defence, it does appear that this inscription has been retouched in more recent times.

The gated front portal and porch, formerly the entrance into ‘The Free Library and Museum of the Corporation of the City of London'

Once through the front doors, you were into the entrance hall, and directly facing you, was Brian’s office, handily located so that he could make a rapid entry/exit. Before you could gain access to the Chief Urban Archaeologist (CUA), you had first to get past our front of house security man: John ‘the desk’ Byrne, who as the name implies, sat at a big desk immediately inside the front door. John, a fantastic wit and proud Dubliner, was Brian’s first line of defence and oft provider of alibis and the remainder of the time could generally be found studying the form in the Sporting Life. 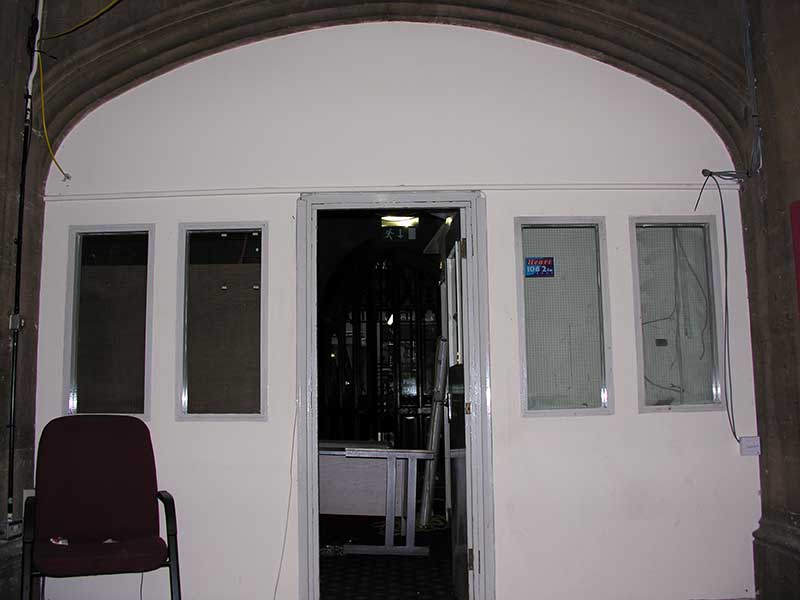 Prior to taking up the role of Chief Urban Archaeologist for the DUA, Brian Hobley had driven trains on the London Underground for ten years. In order to make him feel more at home, his office was made to resemble the front of a tube train

The ‘clean’ offices extended off to the right of the reception area, with the drawing office and finds processing/finds store to be found downstairs in the basement, accessed by an imposing stone staircase. The basement area was largely filled with Dexion shelving, which effectively divided what was once a largish museum space into a series of narrow corridors.
Some years later, following the DUA’s move to London Wall, the old Basinghall Street office became the home of the City of London Road Safety Unit, complete with half a dozen or so ‘driving simulators’ intended to be provide an introduction to the basics, before a learner driver actually got behind the wheel of a real car. As their arrival, conveniently coincided with my learning to drive, I signed up for my handful of lessons.
Now high-tech and state of the art they certainly weren’t, and looking back you have to wonder if they ever could have been, as essentially the ‘RAMAR driving simulator’ (bit of an unfortunate name) was made up of a car seat, driving wheel, ineffectual pedals, and an oversize wobbly gear stick. 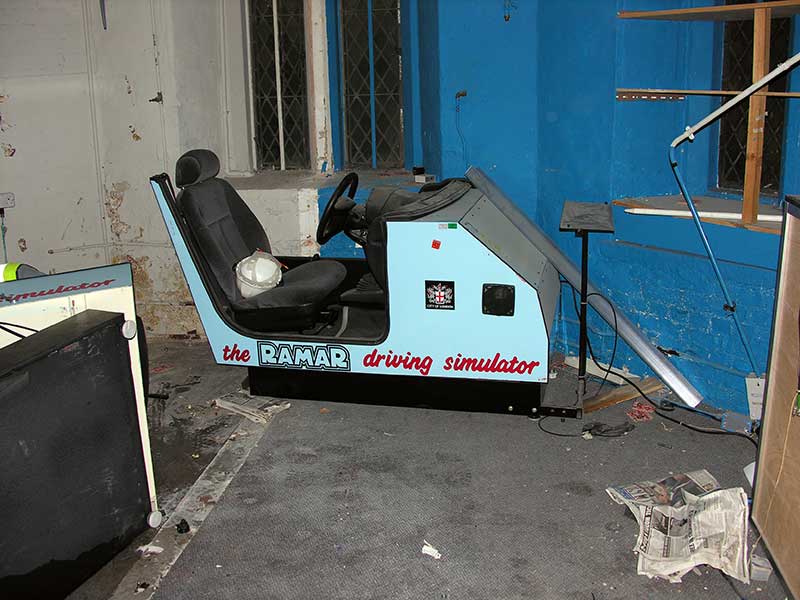 The ‘Ramar driving simulator’ – I passed my driving test first time after taking 6 lessons in one. What an amazing piece of kit

No virtual reality helmet to put on either, as the film of a sedate drive along a country road at a speed of about 5 mph, was provided by a grainy film shown on a massive TV mounted on a shelf at the front of each unit. To say that it was a surreal experience to be sat down in the basement in what I’m fairly certain was the old DUA finds room, wrapped in this weird exoskeleton, is an understatement.
My final visit to 71 Basinghall Street was in 2007 to record a couple of trial pits being excavated, this not only allowed me a chance to take a last look at the shell of Brian’s old office before the whole building was gutted and refurbished, but to see first-hand the terrible result of a mass collision of RAMAR driving simulators, which had presumably been left unsupervised in the hands of learner drivers, who I daresay had earlier been drinking in the 5th floor bar at the Guildhall before getting behind the wheel. 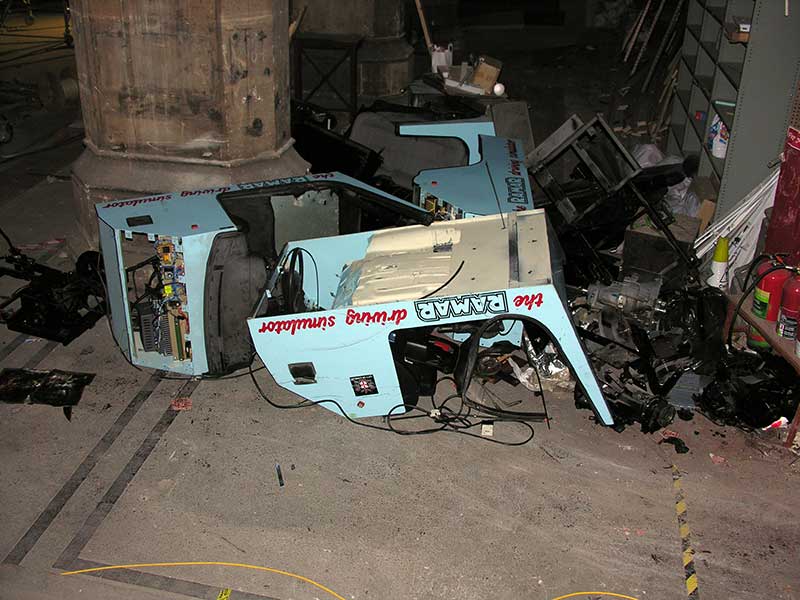 Never drink and drive: the horrendous result of a three car pile-up of Ramar driving simulators in the Guildhall basement. Miraculously all three archaeologists walked away unscathed. The cars alas were a complete write off