Mercifully, near misses on archaeological sites in the City, were relatively few – but these photos from Regis House document an exception – when a gantry supporting a fully laden skip collapsed adjoining an area that Kieron Heard & ?? were both working in. They are obviously captured frozen after the event – in what I assume were the positions they were in when the gantry collapsed. 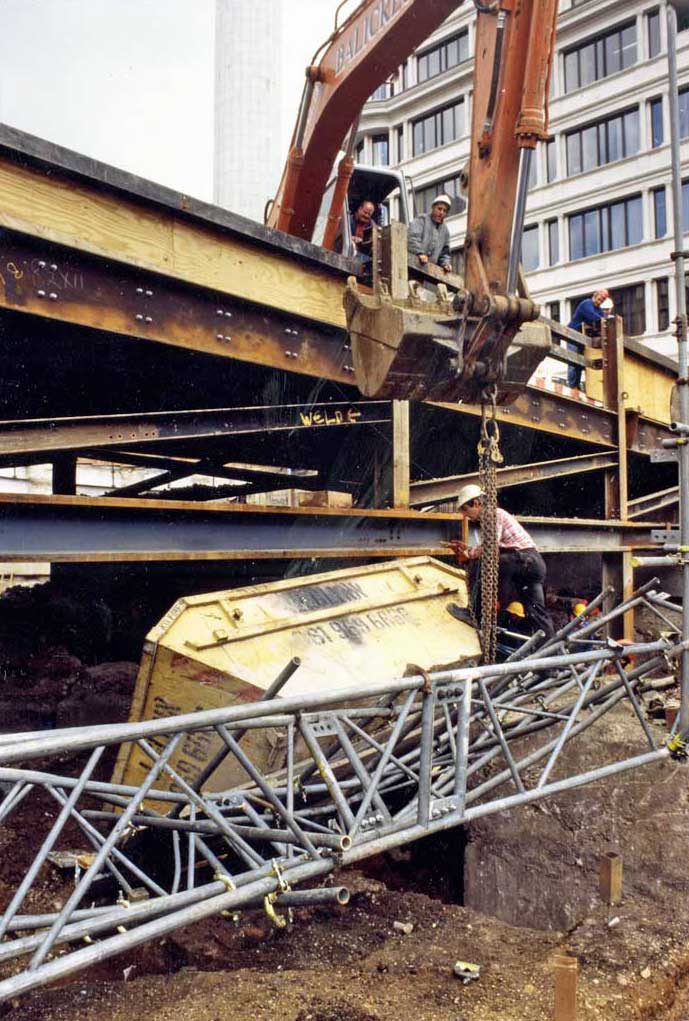 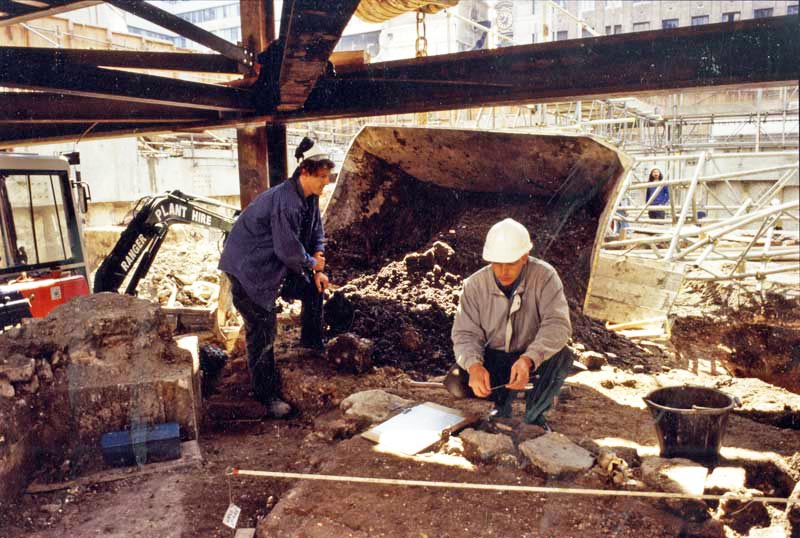 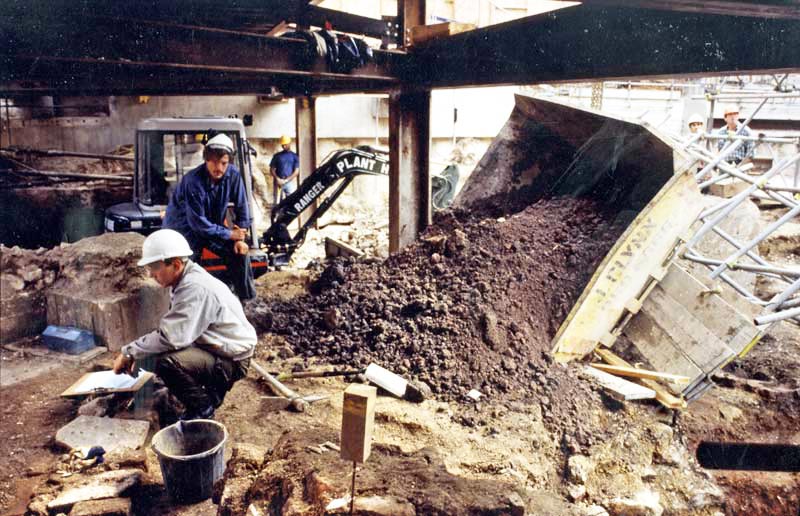 Other hazardous events  I recall over the years include a machine managing to collapse an upper floor it was working on above the Huggin Hill Baths excavation, with a very similar thing happening in 2007 on the Walbrook site. The day after, the offending machine driver was sent down into the basement where we were working to give us a hand with the machine clearance - obviously we declined his help..