OH NO MATES… IS ABSOLUTELY NOTHING SACRED?
THE CRUMBLING BASTIONS OF CHAUVINISM: WELL PERHAPS NOT!

Over the weekend, I came across a news item published in September 1978 in the Brighton Evening Argus. It features Gill Craddock (Scarlett), a long term friend who I worked with on numerous archaeological sites in Sussex, before independently hearing Bow Bells calling, we both headed to London and the DUA.The piece is worth a read as an example of local journalism in the 1970’s and 80s, but hopefully now deceased.

To me it is reminiscent of something akin to a voiceover that could have accompanied an old Pathé News newsreel clip, and the style of writing in the Viz Comic, which coincidentally appeared on the newsstands around the same time back in 1979. 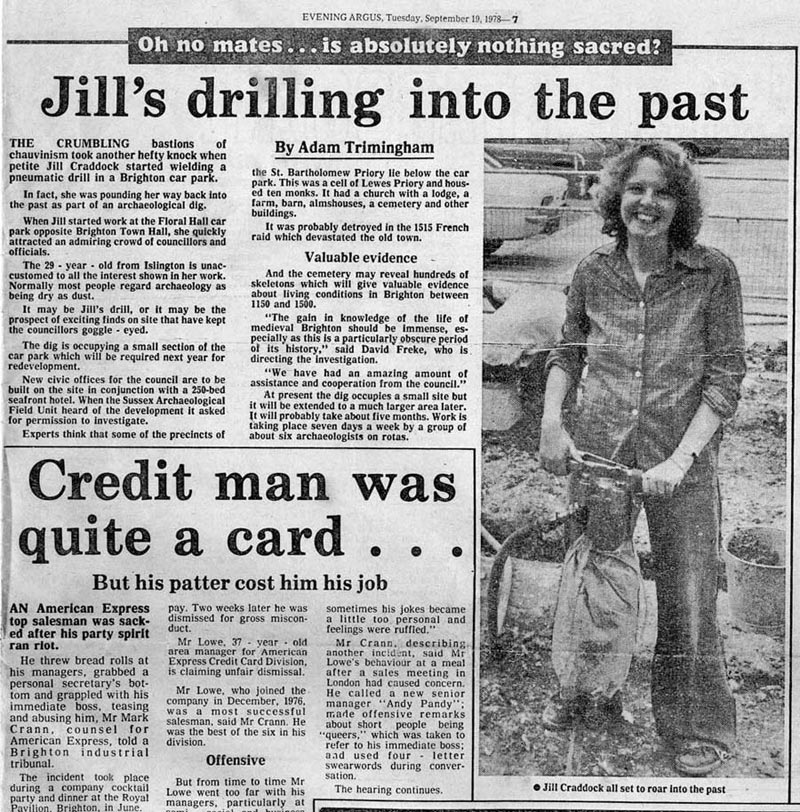 The Brighton Evening Argus of September 19th 1978, with their take on a ‘petite’ woman using a pneumatic drill in front of admiring ‘Goggle-Eyed’ councillors

The Evening Argus photo brought to mind the earlier front cover of the ‘London Archaeologist’ from Autumn 1976, which featured an unidentified archaeologist working on a site in Putney excavated by the Wandsworth Historical Society. The caption for the photo simply read: breaking through the concrete in the current excavation in Putney, where there is no lack of “equal opportunities”. 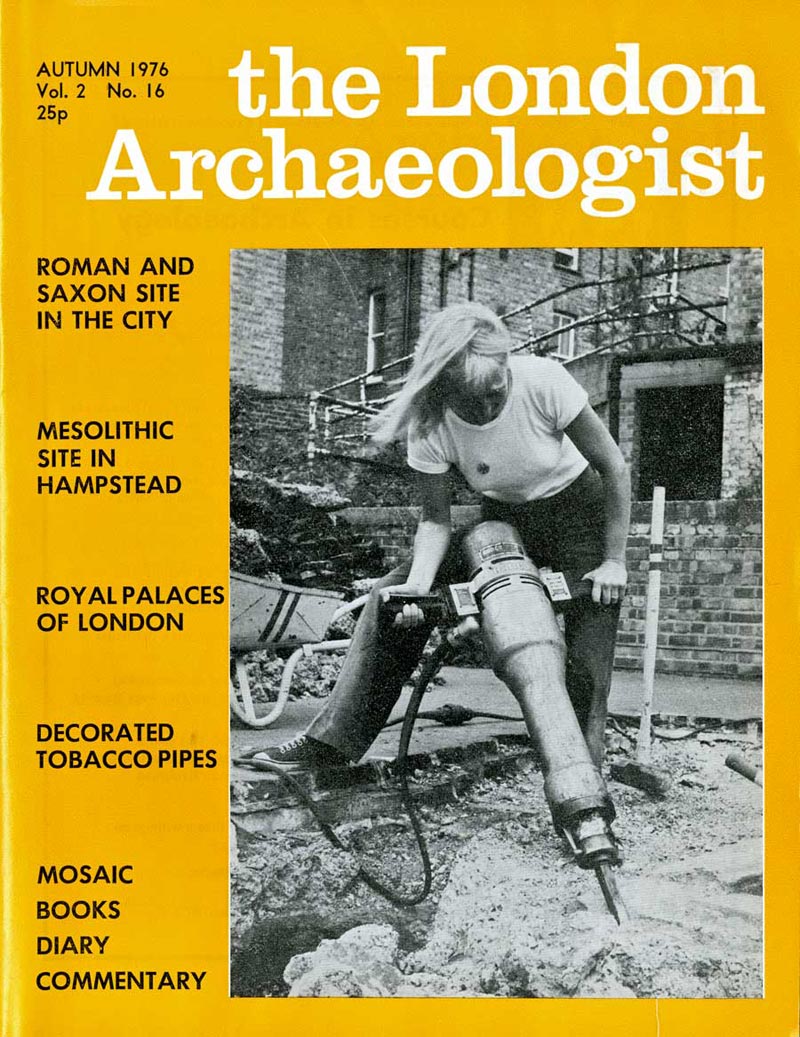 Concrete breaking on the Wandsworth Historical Society site at Felsham Road Putney in 1976 (from the front cover of the ‘London Archaeologist’). It would be nice to put a name to the featured archaeologist from a distance of forty years

The third photo was taken on the DUA excavation at Miles Lane in 1979, and shows Louise Malkin (Miller) accompanied by Marietta Ryan on jackhammer. 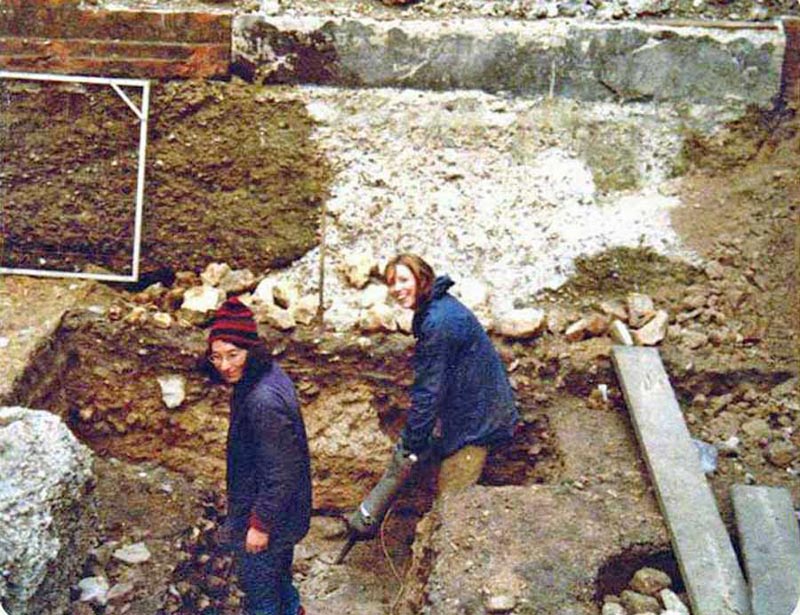 The reality is that none of these images represents anything unusual in terms of the deployment of labour or tasks on archaeological sites at the time, in an era where pretty much everything was undertaken by archaeologists, and the cavalry (or dedicated teams of attendant labourers), were still some years away from arriving to lend us a hand. 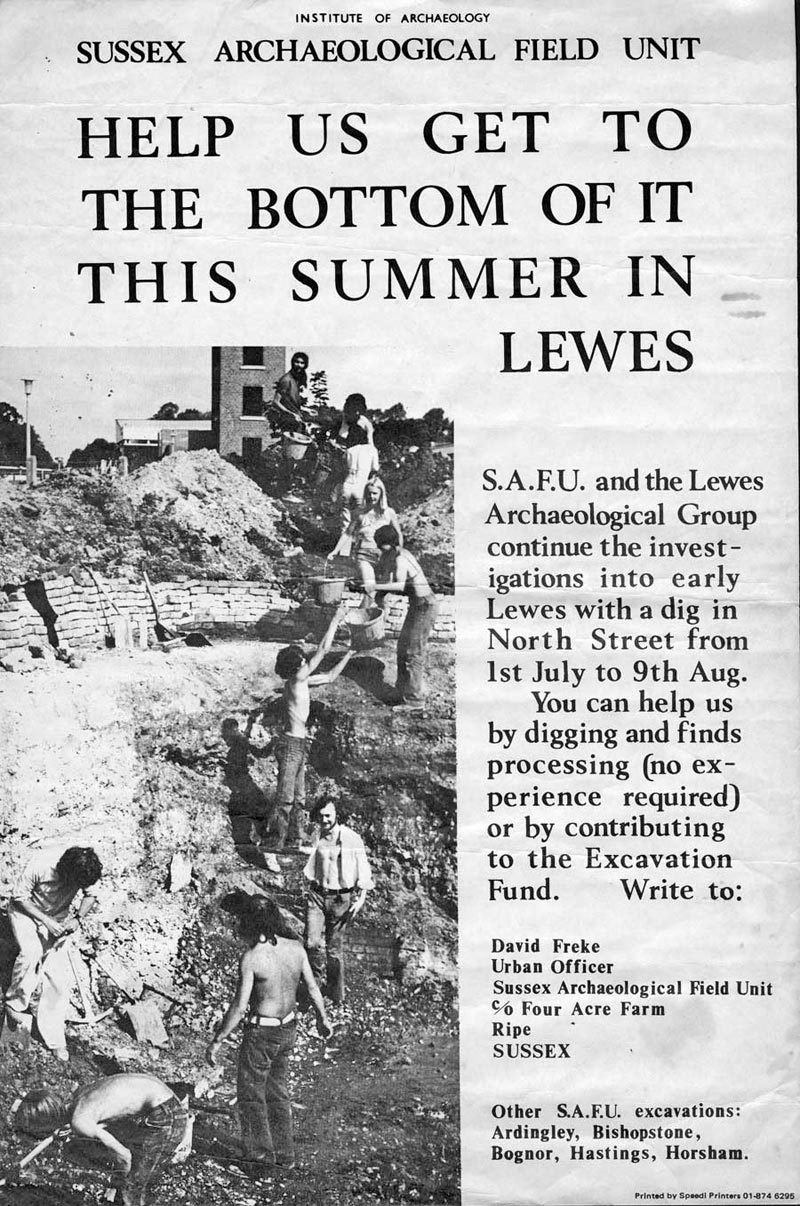 Hindsight is a wonderful thing, and I do now look at these images and marvel at the complete absence of PPE. Considering the equipment that we were operating without any formal instruction or training, which included not only pneumatic jackhammers, but chainsaws, large mobile cranes, and dumper trucks, we were lucky to all emerge at the opposite end relatively unscathed, and with most of our faculties and body parts still intact.