Back in 1987, whilst working on the Guildhall art gallery site (GAG87) I happily shared a small trench with Denis Ballard, who at the age of sixty seven had just completed an archaeology degree. Denis was an accountant by profession, and indeed was only to fully retire from complex mental arithmetic at the age of ninety.

Our trench was completely enclosed by Victorian brick foundations set on massive slabs of Yorkstone, and given the customary absence of hoists, all of our spoil was manually shovelled out of the trench. My abiding memory of Denis was his refusal to give in, or to slow down, even when confronted with having to throw spoil out of the trench from depths of 3m or more, an exercise that was admittedly accompanied with a fair amount of huffing and puffing (not long after, I learnt that Denis had undergone major heart surgery!) 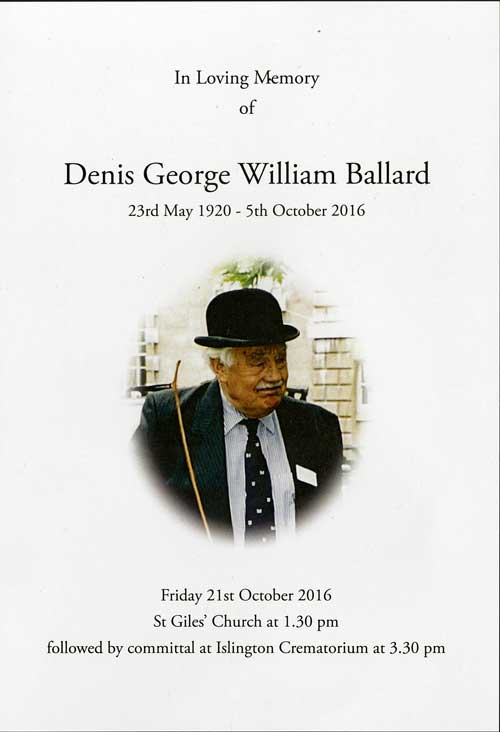 The last features to be defined in the trench (or so we thought) were a number of Roman post pits cut into the natural gravel. The excavation finished, our trench became a convenient repository to throw bailed water, and a ton of assorted spoil and rubble into from adjoining trenches. In retrospect, it was probably only the addition of the large volume of water,  that caused a section beneath the base of the southern brick wall footing to partially collapse overnight, and in doing so expose the face of a substantial Roman masonry wall complete with tile string courses. Our initial response to its unexpected appearance, rather than ‘Eureka’, was ‘Bugger’, as we then had to get back in the trench, and claw a tonnage of wet sludge and rubble back from the face of the wall so that we could fully record it.

Many weeks later, when all of the disparate incomplete fragments of a number of oddly aligned Roman walls were plotted together on a plan, the idea was muted that the remains were that of the elusive amphitheatre, and so it came to pass. I believe that the wall that Denis and I recorded was the first wall of the amphitheatre to be found in the original excavation, and later proved to be part of the southern entrance way wall leading into the arena.

In the ensuing years, I would often bump into Denis in the City of London, most frequently when he would turn up for site visits on innumerable excavations, or encounter him always sat close to the front at COLAS and LAMAS lectures. Of a happy disposition, with a wonderful sense of humour and fun, Denis fitted in seamlessly with archaeology and archaeologists, and we will all miss his happy countenance. That being said, he managed to pack more into his ninety six years, then most people would manage in a several  lifetimes, and a line from his memorial booklet succinctly sums this up:  ’A Life Well Lived’ , which is surely the best epitaph for all that Denis achieved, and everything that he lived and stood for.

Our thoughts and love are with Audrey his wife and daughters Valerie and Jennifer at this time. 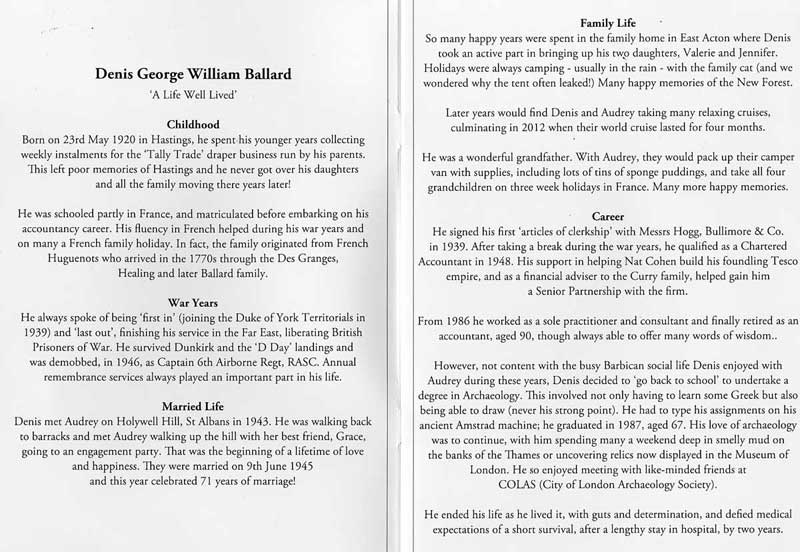 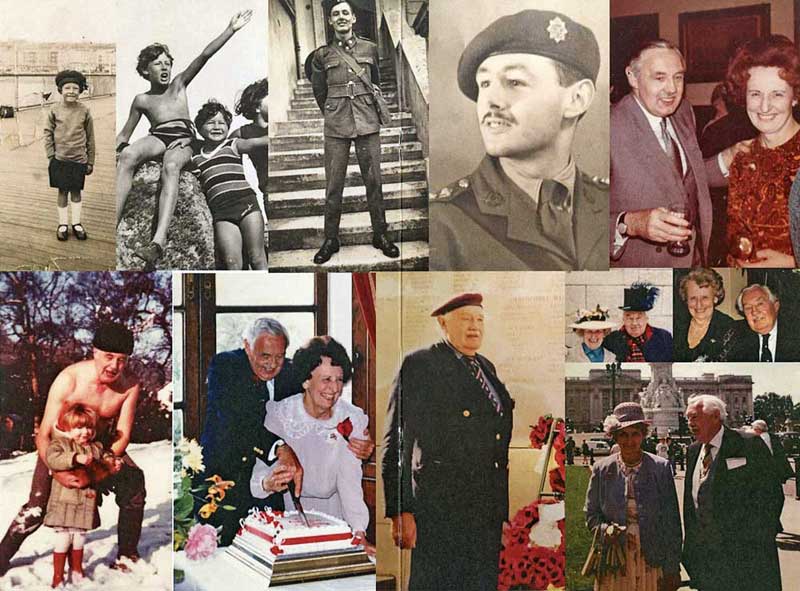 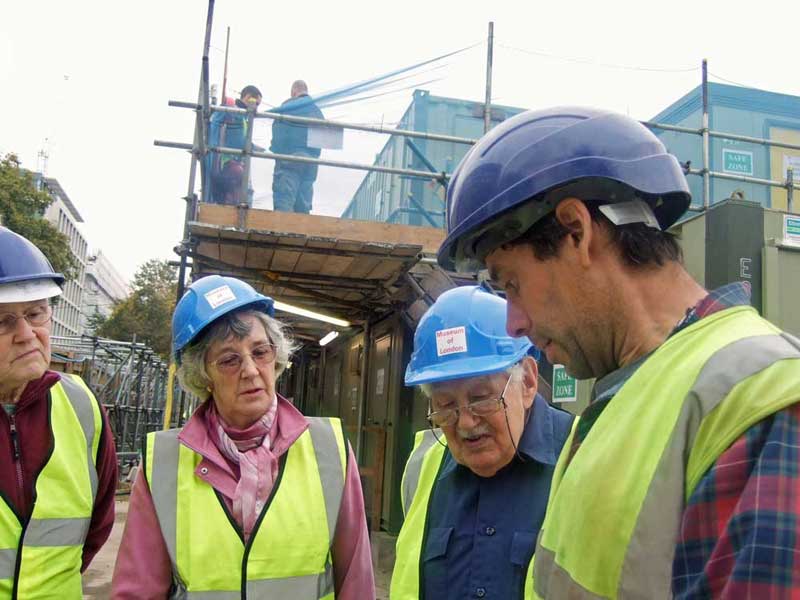 Dave Saxby giving a tour to COLAS members at ‘One New Change’ in 2007, with Denis as ever in the vanguard. 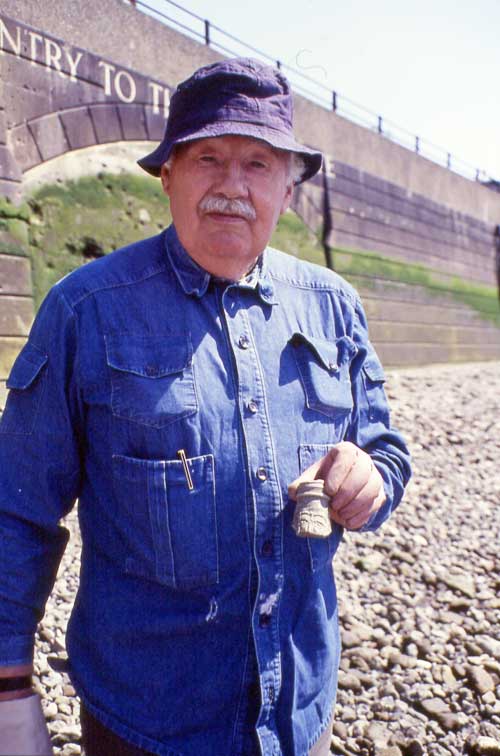 Denis happily displaying his latest find: the neck of a Bellarmine jug, from the Thames foreshore next to ‘Traitors’ Gate’ at the Tower in 1998