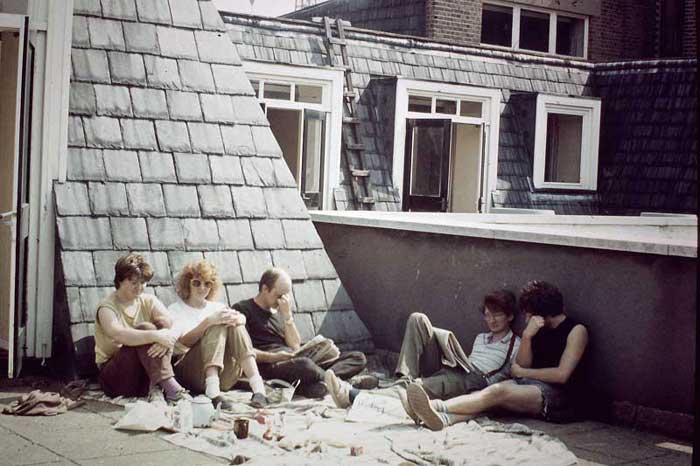 It is probably the fact that as archaeologists we spent so much time excavating in dark, dank basements, that we invariably sought out the high ground (and daylight!) during our break times – in this case the roof of 3-5 Bishopsgate. Pictured from left to right are: Val Horsman, Chrissie Milne, Pete Cardiff, Simon O'Connor-Thompson and Ian Blair. Comment from Ian Blair. 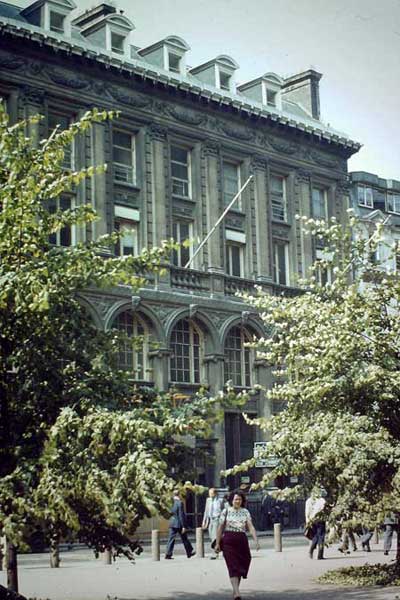 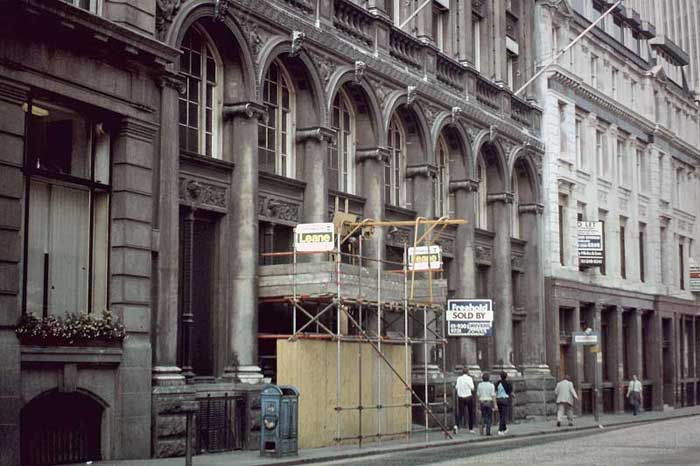 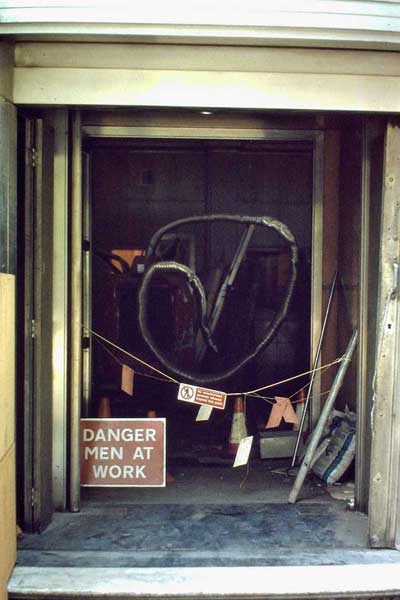 Abandon hope all ye who enter here! ’ :The portal into Hell: It was not surprising, given the former bank status of 3-5 Bishopsgate as the first London branch of the Royal Bank of Scotland, that the excavation was undertaken in the existing bank vaults beneath the building. Comment from Ian Blair.